The X Factor” uses two TriCaster 850 EXTREME systems. One TriCaster is used to produce and deliver the pre-show. The second provides exclusive, live backstage camera angles delivered to mobile devices during all live television broadcasts. Live inputs coming into the TriCaster systems include eight 720p feeds from Ikegami cameras in the studio area, along with Folsom Image Pro HDs for Twitter and Skype. NewTek LiveText™ allows the social media producer to insert real-time Twitter updates, via the network input on TriCaster. The 3Play instant replay system is used to record all camera feeds, providing ready access to video content from any source, for instant playback. 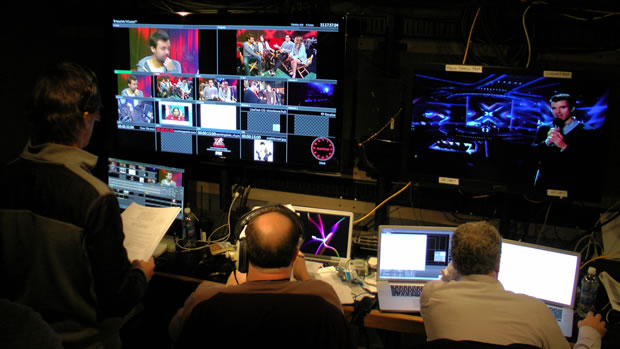 “What we are doing with ‘The X Factor’ pre-show is unique in that it allows us to create content across several platforms and devices, completely independent from the main broadcast show, with a very limited crew,” said Victor Borachuk, technical director, “The X Factor.” “NewTek makes it possible to build our setup in a streamlined form-factor. If required, we could easily move to another location and be back up and running, ready to fade up opening titles. With a traditional broadcast setup, a move like that would be impossible.” 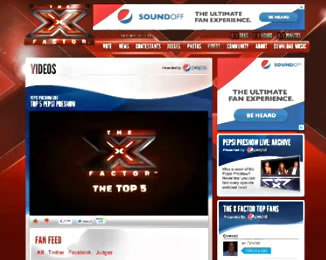 TriCaster allows anyone to simultaneously produce, live stream, broadcast, project and record HD and SD network-style productions. A single operator or small team can switch between multiple cameras, virtual inputs and live virtual sets, while inserting clips, titles and motion graphics with multi-channel effects. TriCaster is used by thousands of broadcasters, webcasters, sports organizations, schools, houses of worship, government agencies and others to provide a new level of extended programming and content to their audiences.

“We wanted to take the fan experience to the next level. We believe our pre-show and interactive social content is the show our fans would produce if they had the means,” said Jim Fraenkel, executive producer of digital content for “The X Factor.” “NewTek systems make this possible. They’re economical and allow us to be flexible enough to deliver exactly what we expect from broadcast gear.”