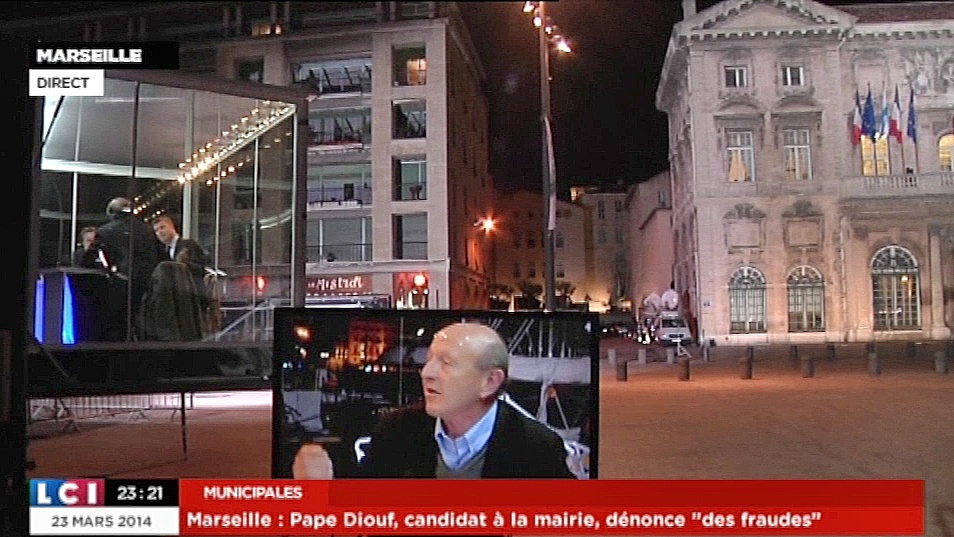 March 2014 was a heavy month for France political world, with the municipal elections widely covered by the media. LCI, one of the biggest news channels in France hired 2Prod production truck to broadcast live a debate between two protagonists in Marseille.

Marseille ranks at the second place in terms of inhabitants, therefore LCI chose the magnificent city facing the Mediterranean sea to organize a post-election debate to be broadcasted live. 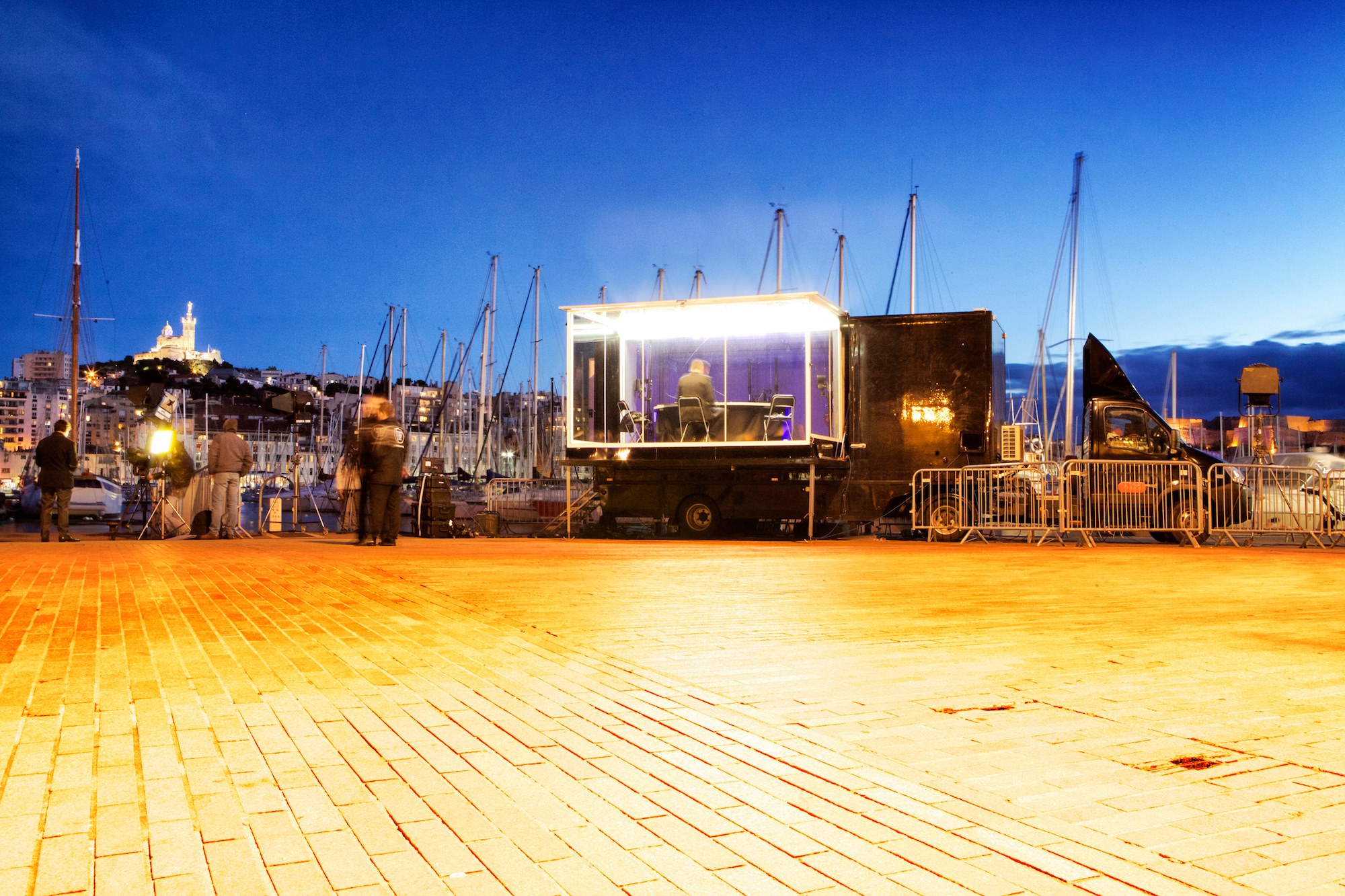 The production truck is fully equipped for television production needs. TriCaster, the outstanding production system of NewTek is the centerpiece of the production truck, fed by four cameras PTZ. For this special occasion in Marseille, another camera with operator was placed outside. This camera was used to record outdoor footages of the "Vieux-Port", just 15 minutes before the live show. Footages were edited in short clips and played with TriCaster DDR during commercial breaks, or as loop illustrations. Two SDI monitors were added to have other views on top of TriCaster multi-view.

The 21 sqm truck is divided in two distinct spaces. The TV set is surrounded by polarized glass. Each camera also features a polarized filter, in order to make the studio completely black or just opaque, or to be able to play with the see-through windows. As the debate was broadcasted at night, the polarized filtered were taken out of the cameras, and the windows used to have Marseille city view, by night, as a background.

Shooting during night time was the biggest challenge. No broadcasting of content regarding the elections was allowed before the results; therefore the live debate between Renaud Muselier and Jean-Luc Bennhamias, two major politicians in France, could not start before 8pm. The "Vieux-Port", Marseille harbor built during the Antiquity, was chosen for the debate giving a unique feel to this production, playing with the night, the lights of the city on the old harbor of Marseille and the see-through windows of the truck.

Broadcasted live on LCI, the debate lasted 20 minutes, the content was recorded as well to be posted later on YouTube. The graphics were made with TriCaster in the production truck. The titles were made in Paris from the main studio of LCI. 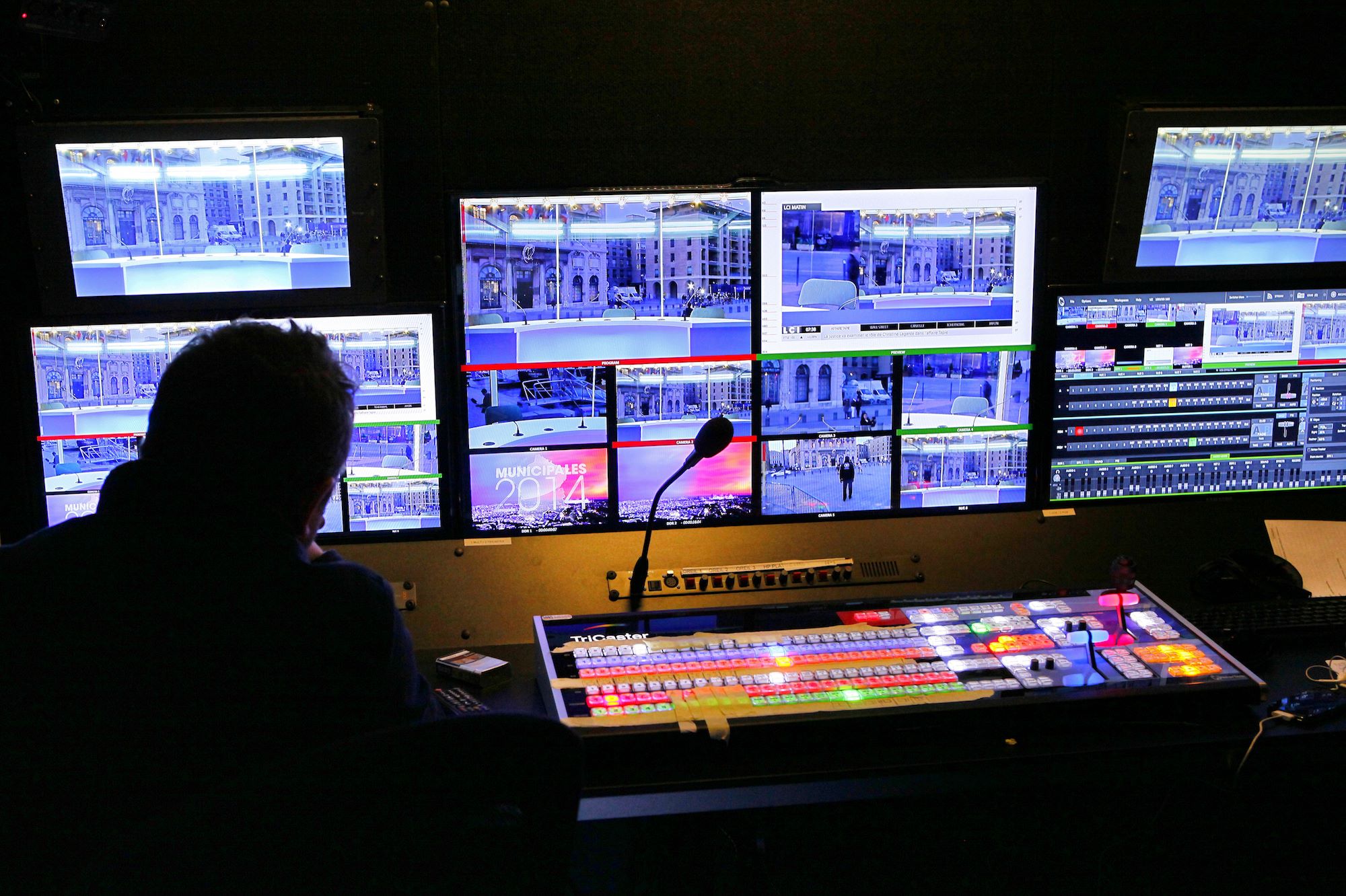 NewTek TriCaster was chosen in the beginning as the ideal choice for a truck, regarding the space available to set up a video mixer. Furthermore the all-in-one production solution, with integrated DDR, integrated streaming and recording features, the internal graphics management system, make TriCaster the evident choice for integrators. After using TriCaster for more than a year, 2Prod production crew does not see any other system that could replace TriCaster. No other system is as compact, as easy to use, no other video mixer can also stands for a fully operational production and streaming solution in one system.

2Prod team members all come from big networks, and offer technical assets and professional know-how to ensure capture, editing, transmission and HF connection worldwide, for the coverage of live events.