The Metropole Orchestra Spreads Music Around the World with NewTek TriCaster

The Metropole Orchestra is an institution. Originally public, the orchestra used to play as the national jazz and pop orchestra for the Netherlands Radio, Television and Broadcast Company. Composed by professional musicians, the band has played with numerous famous artists since its creation in 1945. 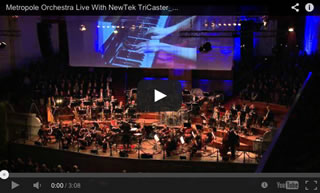 The Metropole Orchestra, or Metropole Orkest in Dutch, was created on the demand of the officials from the Netherlands Public Broadcasting just after the war, and quickly became a fundamental element of the Dutch culture around the world. It is today the largest full-time ensemble of its kind, combining a jazz big band with a symphony orchestra.

The orchestra quickly became an international reference, accompanying legendary artists such as Al Jarreau, Ella Fitzgerald or Elvis Costello, or composing many movies soundtracks. The incredible musical experience of the orchestra gave Max Boeree, saxophone player in the orchestra since 1982, the wish to keep track of all this great adventure in video. "I thought it was a pity not to have videos of the great collaborations we had with so many famous musicians. I first brought my own camera", Says Max, "Then I asked other musicians to do so, but that was not very professional". After a few years recording their concerts and rehearsals, they finally looked for a professional solution. That is how they got interested in TriCaster. 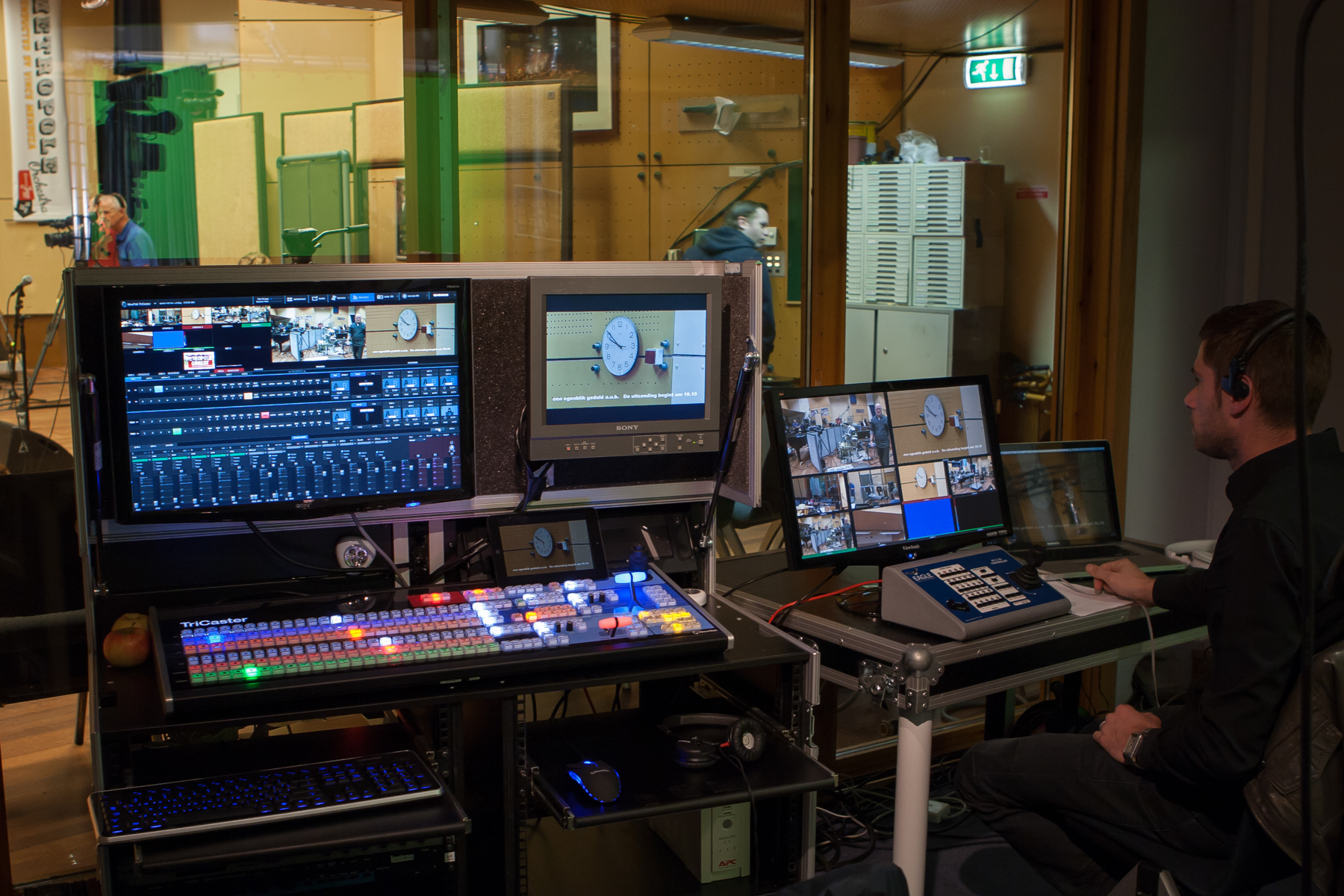 The Metropole Orchestra is composed by 52 musicians, all professionals working full time for the orchestra. They play every day, rehearsing, preparing shows for television, or playing for the various concerts that they have planned each month. Over the years, with their growing popularity, they got to accompany some of the most famous musicians in the world, such as Ella Fitzgerald, Elvis Costello, and Bono from the rock band U2. Such musical encounters could not be left without keeping some archives of it. They were looking for a system with lots of functionalities, but easy to use. The TriCaster SD they first bought was perfect, as it gave the orchestra the ability to record the final programs, but also to have several cameras in the orchestra. 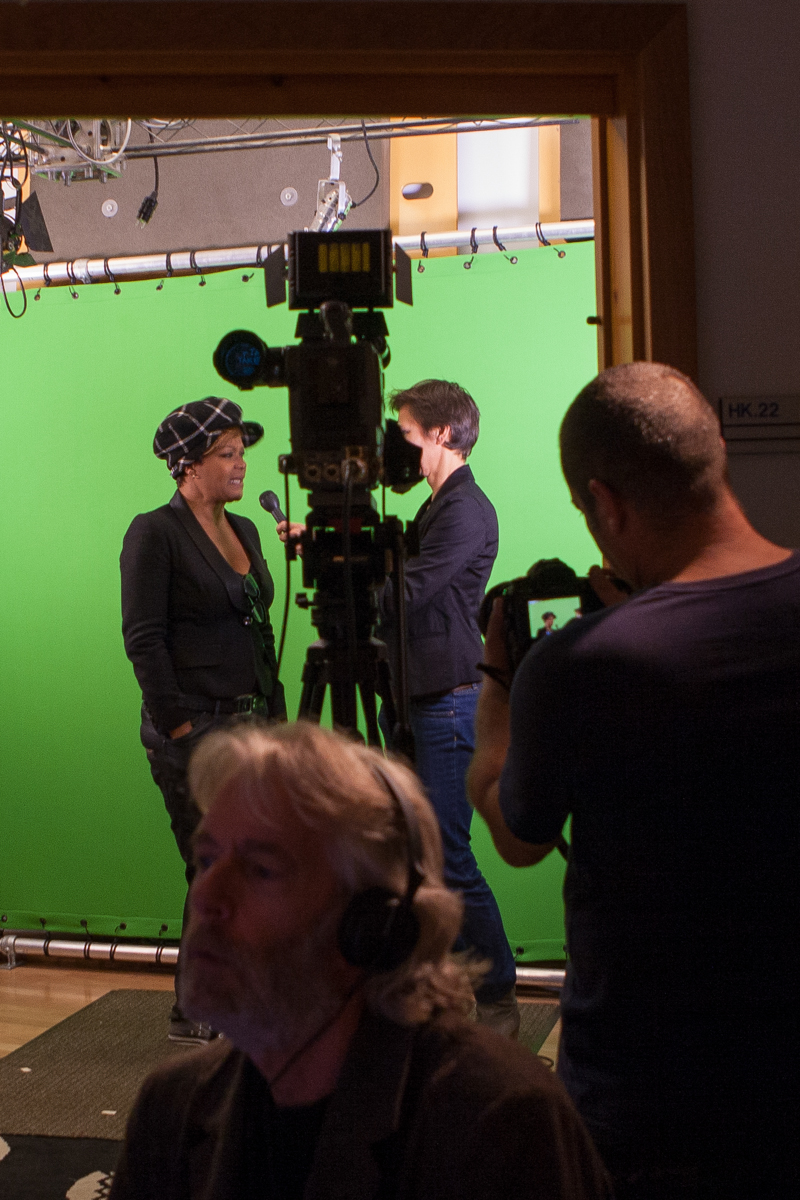 "It is very handy. It is a kind of small box. Integrated in a flightcase, I just fold it and take it with us wherever we go in concerts".

Even with one of the first version of TriCaster, and even in SD, Max realized that he had in his hands quite a powerful tool. Though recording and keeping archives was the first goal, TriCaster opened new possibilities to enrich their own experience as a band, but also to enhance the audience's experience during live concerts.

The Metropole Orchestra has performed and is still performing in some of the biggest halls and music arenas in the world. Most of the time the audience cannot see the musicians, they see the full orchestra from where they sit. "As I was able to plug several cameras with TriCaster, I had the idea to set up cameras in the orchestra. I point them on soloists and project the images on a big screen. It is a very interesting experience for the audience, as they do not have many opportunities to see the hands of a pianist floating on the keyboard for instance."

The orchestra performs various types of music including movies soundtracks. They have composed some pieces for movies, such as the original soundtrack for OSS 117, the French version of James Bond, starring Jean Dujardin. They also organize movie screenings with live music performances. They project a movie in a theatre and they play the soundtrack live. That is a unique and profound experience for the audience. They project the movies and all the images captured by the cameras using the TriCaster. 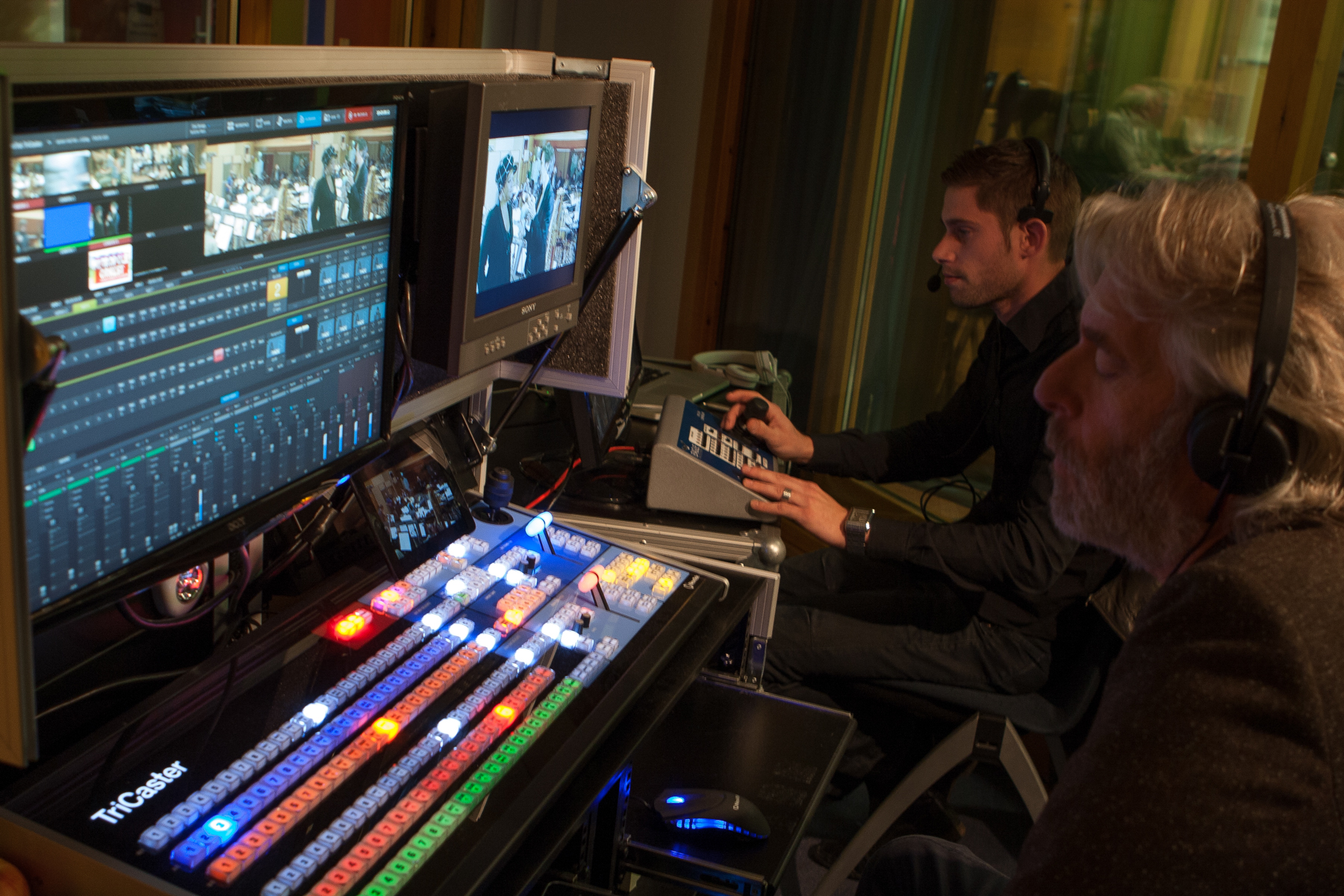 Developing the projection ability with TriCaster, on the occasion of the orchestra's anniversary, they projected old images of the original orchestra and while playing in sync with what was projected, Max switched to the actual orchestra playing live. "People loved it. We were really looking for a solution which could do that, and TriCaster could do that. We can surely enhance the viewers' experience, and share even more with them thanks to TriCaster".

The Web is today the number one platform for any production to be seen by the biggest audience of all. With the rise of the internet and of the streaming opportunities, Max started to stream some of the rehearsals, and then the concerts. Today they are doing some very special streaming. 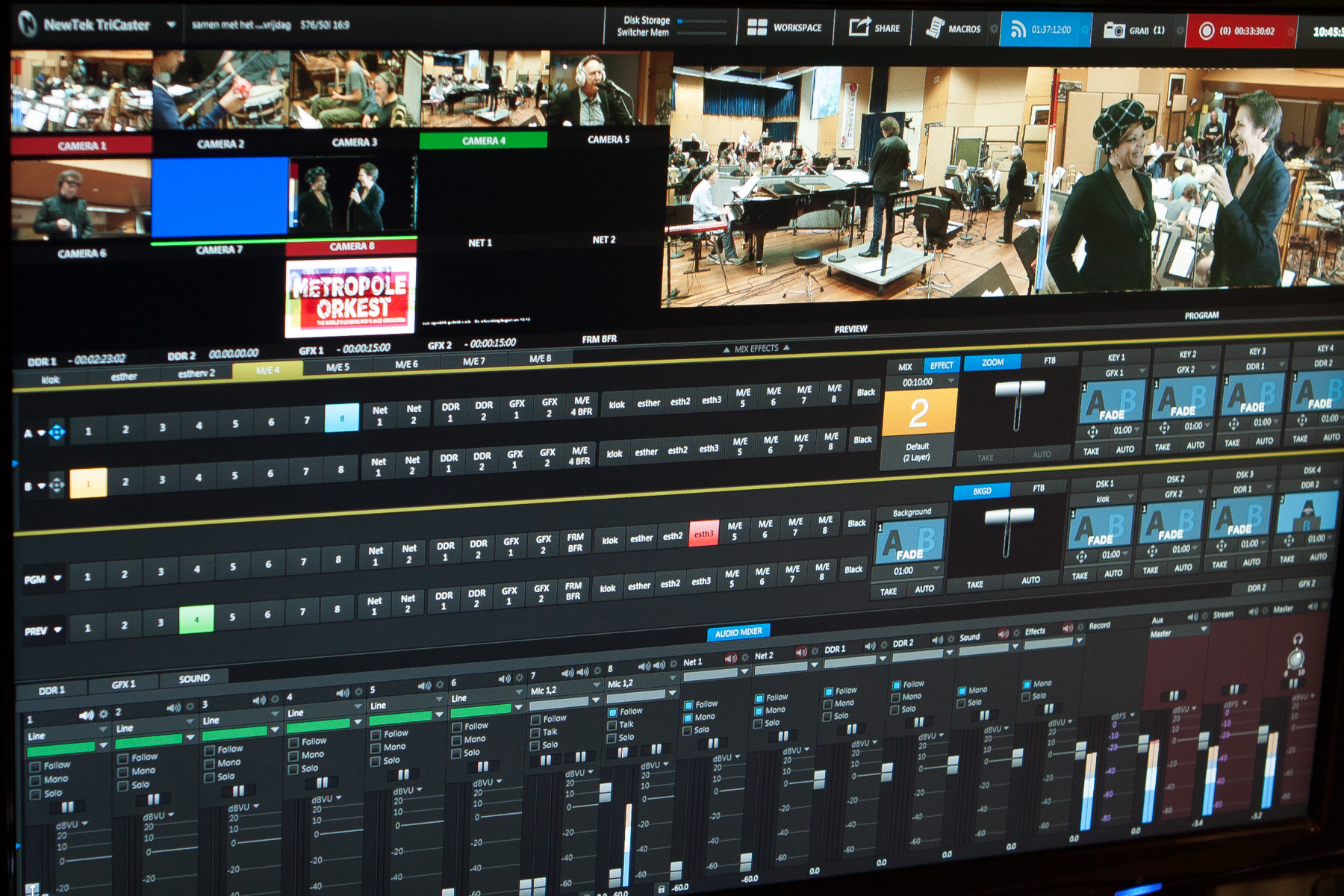 They set up an educational program with some schools in Holland, streaming their rehearsals directly to the classrooms. Sometimes, the schools can move and visit directly the orchestra and try some instruments in the studio. "But some schools do not have the budgets to do so. With TriCaster we can go to every school in Holland and even abroad, we record and stream live some programs, or rehearsals. The teacher can then work on what we send to them to teach musicology another way!" The orchestra plan to develop these educational projects and do even more in Holland and abroad.

Apart from the educational program initiative, they also stream their rehearsals on Youtube. The rehearsals are effectively more casual than concerts, but nevertheless interesting. It is most of the time simple rehearsals for concerts, but the orchestra also plays for television programs. They are booked as a usual orchestra to play along with other guests. During these rehearsing days, stars, singers and professional musicians go to the studio to make their balance and try some arrangements with the live orchestra. Some other musicians choose to promote their coming albums with a shooting during rehearsal with the orchestra. Some of these rehearsals are streamed live, but others are recorded and downloaded on Youtube after editing. 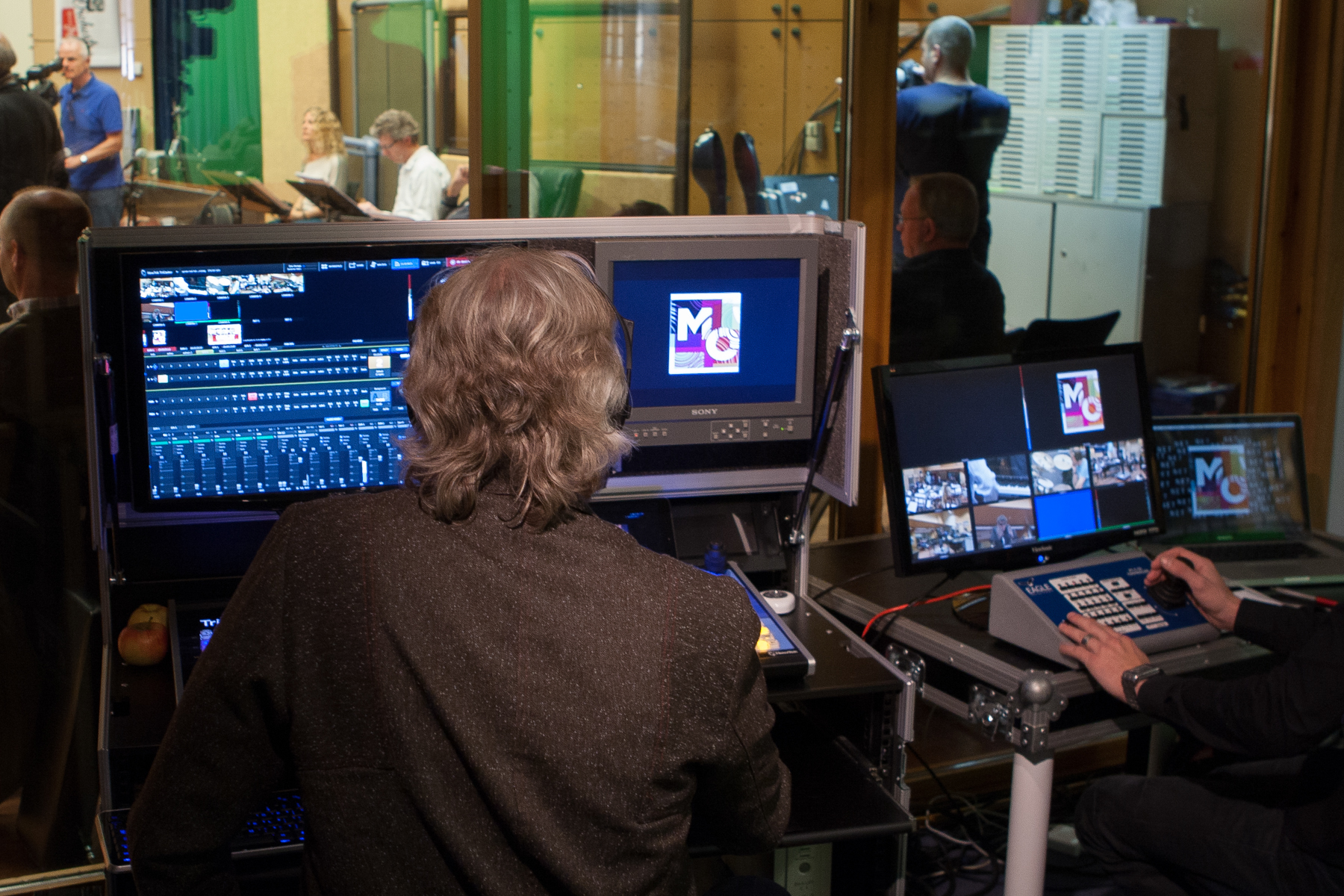 In our troubled and economically challenging times, the Dutch government took the decision in 2013 to stop allocating funds to the orchestra, which was a major shock for all the professional musicians, and the potential end of the orchestra. With the help of a communication agency, which got rewarded for the innovative project, they launched an innovative project called "Tweetphony", a live event involving fans and followers on Twitter.

It was quite audacious and risky. The fans were asked to post a piece of composition on Twitter. The composers of the orchestra would receive it, and create a full piece of music based on it, in just a few minutes. Then the orchestra would play it live. The event was streamed live on the internet and was very well received by the audience and the overall public. Using social networks and the interaction that it occurs in a live production attracted the attention towards the orchestra.

"The event was such a success and a great opportunity to promote the orchestra", adds Max "that we plan to do it again. With the instant publication on social media platforms built-in function of the TriCaster, it will be even easier to share our creation live, to our fan base worldwide." 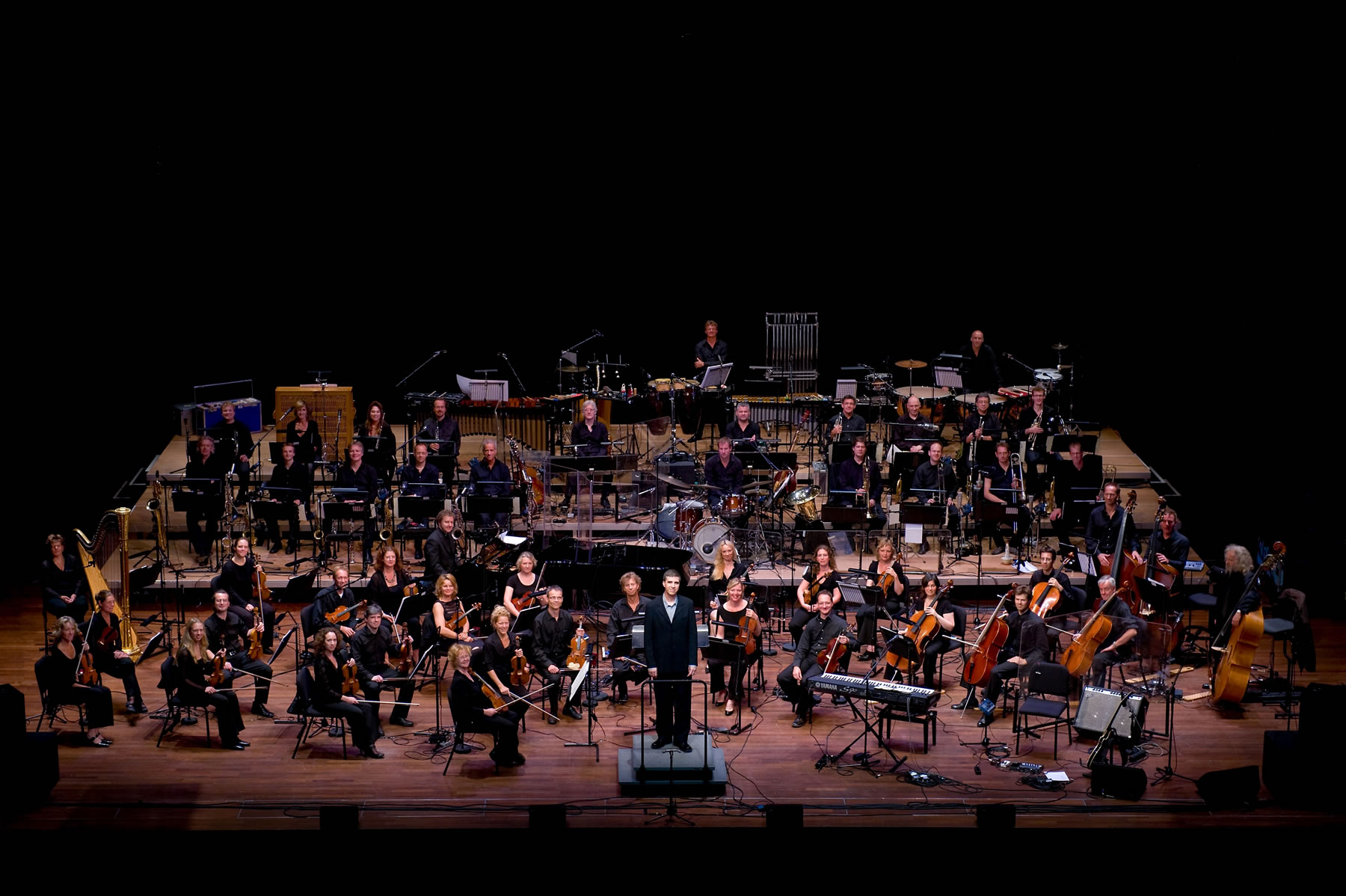 Since they began recording their performances, the production setup of the orchestra is more powerful. With an integrated TriCaster as the centerpiece of the workflow, eight remote cameras placed around but also among the musicians, Max also set up a green screen area in their rehearsal studio, to have create a space for interviews. "We are only beginning to scratch the surface of what we can do with TriCaster". Today, they plan to develop their own TV channel on internet and to reach a worldwide audience and fans abroad. "We are not depending on broadcast companies, or on what they want to show to the viewers. We can make our own programs and bring them live everywhere we want to, and that is what TriCaster is very good at."

If the orchestra did not wait for TriCaster to become famous, they surely are reaching more people and spreading their music all over the world using TriCaster.