To set up the Parc des Princes stadium’s giant screens production management system and create a Web TV, CAP TV relies on the products and software offered by Visualdis, NewTek official distributor in France. The challenge: to set up a powerful yet affordable production system, simple enough to be used by one person or a small team while ensuring high-quality sport broadcast transmission and dynamic in-venue display management.

The Parc des Princes Stadium’s Giant Screens: Their History!   The “Parc des Princes” stadium was the first to be equipped with giant screens. And that, in fact, is partly due to the movie ''Didier” produced in 1997 by French director Alain Chabat! In the movie, actor Dominique Farruggia plays a staunch supporter of the PSG (Paris-Saint-Germain) soccer team. During a game at Parc des Princes, the character stands in the tribune following the game on a small portable TV and wonders why the stadium had no giant screens. Following the movie, producer and director Patrick Guitton, CEO of CAP TV, was contacted to meet the challenge for real. And he succeeded! The Parc des Princes was equipped with giant screens, about 5 year before the other stadiums. 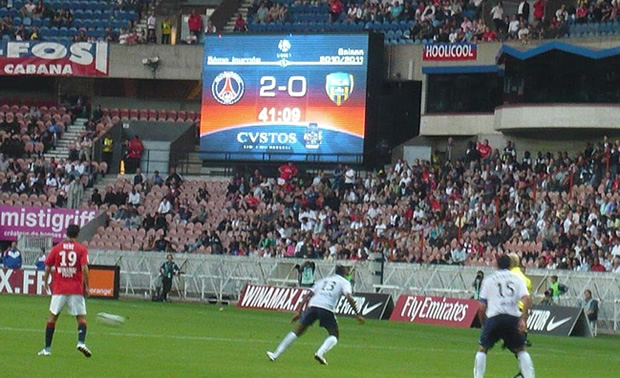 For this project, Patrick Guitton relied on the products and services offered by Visualdis, a company that has a rare dual expertise in broadcasting and webcasting (new technologies and IP streaming) technologies. The products offered by Visualdis combine power and cost optimization. They allow reducing costs up to 10 times compared to traditional technologies! The association between Visualdis & CAP TV was the perfect match, with CAP TV knowing production challenges very well and Visualdis providing bespoke solutions. This combination makes it possible to identify and steer clearly customer needs towards an optimal solution in very short timeframes.

NewTek TriCaster was the offer that best suited CAP TV’s needs to equip the production of Parc des Princes with high-quality venue video, in a way that is "compact, both in terms of equipment and staff" said Patrice Guitton. NewTek TriCaster is an integrated system that allows reducing the number of people devoted to the operation, optimizing user costs. It is a very simple product to use thanks to its intuitive interface. Getting started is thus fast and requires very little training. 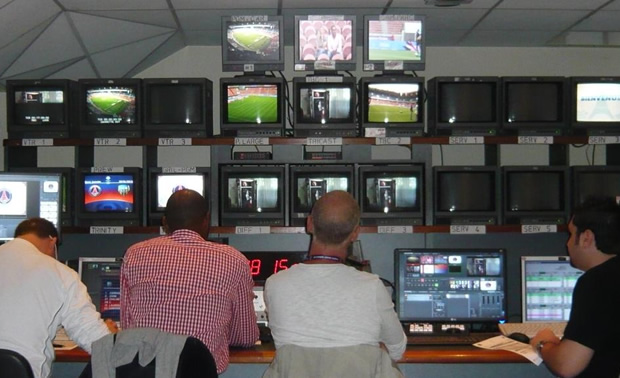 The production of a game requires a lot of resources: • Signal Capture • Production • Post-production • Computer Graphics • Webcasting • Powering the giant screens. The Parc des Princes has sought to exploit its giant screens at most. In fact, giant screens are used before, during and after the game. During pre-game, the audience assists to the presentation of the players and advertisements. During the game, the production team provides slow-motion replays, displays scores and so on... During the break, the display screens are used for entertainment with the transmission of games. Finally, a summary of the competition is transmitted at the end of the game. With TriCaster, all this can be performed live. According to Patrick Guitton, "This is a magic box, they must have called it the TriMagic”!

The system set up and operated by CAP TV at Parc des Princes is the ideal solution to respond to such a challenge. This is the most cost-effective solution in terms of production and technical management on the market. With the right tools, giant screens are a great added value for a stadium. Indeed, the goal is not to broadcast a continuous uptake but to entertain the public. This system allows for live slow motion replays to review a live action or a goal. All extracts and summaries of the games are created during capture. Similarly, importing, coding and dissemination of an advertisement are done simply and quickly. TriCaster therefore contributes to the dynamic of live venue display with all the necessary contents. 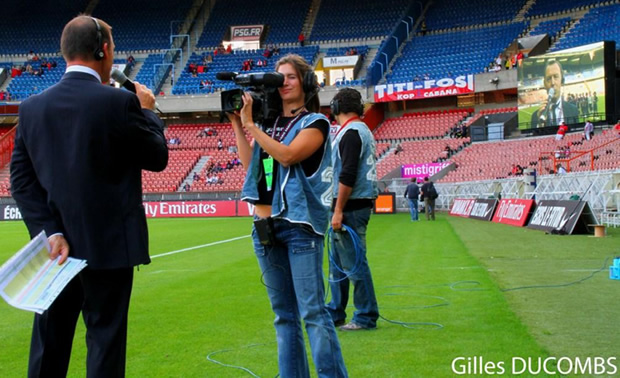 In addition to powering and leading the stadium's giant screens, TriCaster is used as production means for the web TV. It provides Windows media and / or flash format streaming signals to power the streaming servers. TriCaster can send these streams simultaneously while broadcasting on the screens. With TriCaster, any organization can, with very reasonable financial costs, create its own TV channel or web TV.

The selection of a source is done via a simple mouse click or thanks to the optional ergonomic console TriCaster LC-11. For more sophisticated presentations, TriCaster also includes a character generator, a publisher of graphic backgrounds. 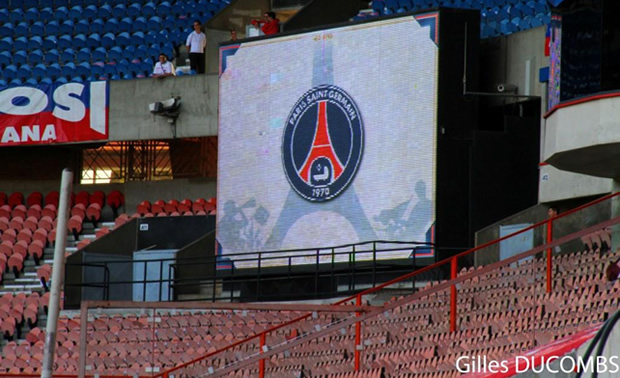 Production Manager at Canal + for 10 years for Eurosport and Production Manager in charge of the production of digital sports events, primarily Formula 1. In 1998 he founded the company CAP TV and set up the giant screens production system at Parc des Princes, first French stadium to be equipped as such. Between 2000 and 2002, Patrice Guitton is called by the France Televisions group as Director of Production Sports of France 2 and manages the production of some of the biggest international sporting events. In 2003, he decides to devote himself to his company, CAP TV production system integrator and producer of live sports broadcasts. CAP TV also handles the creation of Web TV such as: Chouet TV, the French Judo Federation, French Rugby Federation...